Want to hear about my eyeglasses shopping saga? It feels like I was at this for four months this time. But I have not spent all that time shopping - it would include waiting for appointments with the eye specialist and then the optometrist. Once I had my new prescription in hand, I shopped earnestly both offline and online. It was online that I got my greatest education on shopping for eyeglasses.

I recieved my very first glasses when I was ten from a Dr. Sugarman. That was the year I was in grade five, and our class had a teacher that loved to take us out for football (or soccer). He had us playing football at recess and any time he thought we were ahead in our classroom work he would announce, "let's go out to play!"

Being rather klutsy and inept at sports activities I seemed to be in the way of the football more often than not. After my glasses were broken five times, my Dad went to the teacher and firmly declared that I was not to be allowed to play games at recess any more. Period. So I got to read at recess and Dad didn't have to tape up or pay for replacement glasses any more.

Over the years, I have averaged a new, stronger pair of prescription eyeglasses about every four to five years. Headaches used to be my warning clues, but I recall driving on the big 401 freeway across Toronto and commenting to my aunt in the car, that it was odd that I couldn't really make out the words on those big green signs until I was nearly driving underneath them. That's when she started urging me to go get tested for new glasses!

Back to my Eyeglasses shopping saga in 2011. Because my last eyeglasses in 2005 had cost over $500 and that was a steal of a deal at Costco, I had been putting this off the last few years. More and more often I caught myself pulling written materials up close to my nose and reading it under or over my glasses. Finally I was putting my glasses on top of my head when I really wanted to see something. I spend easily 10-12 and more hours a day on two different computers. There I noticed that I was using the lower, bifocal part of my transition glasses, and even then I had to enlarge the font to see well enough. Clearly, it was high time to do something about this and trust that funds would be available once I had a Rx in hand.

Because I thought it best to start at the top, I went to the last eye specialist I had seen. He informed me that I had cataracts, and that I should see an optometrist for a new prescription for glasses. My former optometrist had moved away, so I searched online for one walking distance from my office (so I wouldn't have to trouble anyone for a ride, knowing my eyes would be dilated). I found one, and then waited until June 15 for that appointment.

With that prescription in hand I began to drop in on various opticians to see what would be my best deal. I started checking online too, and was pleased at finding some sites, that had lots of helpful information. The prices there looked much better! However, I found that I would need to enter my PD number with the order, and I didn't have that. (Your PD is the Pupillary Distance between the black center dots in your eyes). I phoned the optometrist's office, but was informed that I had to get that wherever I would buy my eyeglasses. (Later, as I continued my research I discovered sites that explain how to take that measurement yourself).

Incidentally, I didn't want to get my eyeglasses at the optometrists' office because my past experience has shown that they are usually much higher priced. I've learned to wait until my eyes are no longer dilated and to shop frugally for the best deal.

Convinced that I would have to order at least one pair of glasses locally, I began to make the rounds in my city after work. At each place I showed them my Rx and asked for a quote. I also tried on various frames to get a better idea of what I would like to wear. I soon had my wallet full of cards with quotes from Hakim's, Loblaw's Opitcal (Superstore), VisionMakers, and WalMart. At all my Rx lenses alone would cost over $500, and the frames anywhere from $39 (cheap and weak) to $199. (I was too late for one half price sale). A major but unexpected bill had eaten up what I had been saving for the last few months, so I was beginning to wonder how long before I could afford any glasses at all.

I happened to mention my dilemna at church to a friend, who told me to let her know when I found a deal I really liked. After the evening service her husband took me aside to tell me the same thing. Encouraged, I kept looking. A novice attendant at one place mentioned that she had heard there were good sales on at the Bay and Sears downtown. I had not even been aware that either of those department stores sold eyeglasses, but I spent a Saturday morning checking them out. Sears Optical had a half price sale on, and the quote I got was $382.23. I went home and notified my church friends who had offered to help. At church they slipped me a check and the next day I was able to go place my order. That was July 4th. 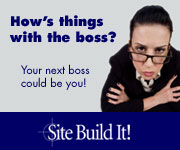 I knew that my prescription lenses usually have to be sent away to be ground in a lab in another province, so I was content to wait the first ten days. After that I began to get more antsy and impatient. Finally, I called them to ask politely. I was assured that they would call me as soon as my glasses came in.

I waited another week, and when a co-worker in the office urged me to call again, I did. I got the same nice, sweet answer. But that weekend when I realized it was now 19 days since I placed the order, I became concerned enough to want to go there in person and insist they find my missing order.

I wasn't able to get in late Friday afternoon, nor Saturday evening, but Sunday at noon, I did. The same woman who took my order was in, and she showed me a tray with my frames with lenses and then another two pairs of lenses in the tray. She explained that they had tried three times at the lab and were now trying a fourth time to get my lenses just right. With my prescription being so strong they were required to be very precisely correct. Weaker prescriptions allow for a little leeway, but not with mine.

Oh! Okay. - Isn't it strange how once we understand the reason for a delay we can accept it much better?

She felt that this next try should come out right, and would be thoroughly checked at the lab in Winnipeg before they were sent here. Which should be by the end of the week.

She phoned on Tuesday morning to say my glasses were ready. I jumped in my car and went over to pick them up before lunch.

Since I now knew my PD numbers, 31 for close up and 31 for long distance, I continued my research online and left browser tabs open at the sites and pages with the glasses I thought I might want to order. I did that over several weeks.

I took my sweet time checking sites over finding out their best deals and learning that it was best to have my measurements at hand, and to narrow now the filters to my width, 125mm, so that I wasn't looking at and trying on frames virtually, that would never fit me anyway. Within that range I clicked on the ones I thought I might like, and if the close up pleased me, I clicked on the "Virtual Try-on" link. Sometimes I just put them on a model's face, but at some sites I uploaded a photo of myself - without glasses on, and then moved the frames over my eyes, to see how they would look on me. (At some sites that service is better than others).

Finally, I revisited all the open tabs in my Firefox where I'd found a frame I would consider ordering. Either as my Rx computer glasses (intermediate range vision), or as my Rx sunglasses. Now I started, or went through the motions of ordering so I could get to see all the fees related to my order. Although the frames might be only $4.99, once my Rx was added the prices shot up.

In the end, since I had not ordered glasses online like this before and wasn't sure how well they would handle the grinding of my lenses, I decided to go for the very cheapest deals I could find, so as to lose the least money if it was a mistake. I can always order again at another place, or better quality frames in the future. In the end my total order, at Goggles4U, for two pair came to about $185, but I was able to type in the code for one of their discount coupons, so I got them for less.

A little more than two weeks later, my glasses arrived in two small styrofoam packages in muslin bags that were stamped with an address in Pakistan. (Yes, that surprised me too). But they fit well, and I'm just trying to learn to have them in the right place, and to remember to switch at the right times. It's a special treat to be able to drive with clear vision in my purple-tinted sunglasses instead of clip ons that blur my vision somewhat.

Lessons from My Story?

Since this page on my eyeglasses shopping saga is already so long, I've added some pages with more specific and helpful information for you. No point in keeping all my educational experience to myself, right? :)

Here's a guide for your shopping for prescription eyeglasses online. I've tried to summarize all the basic things you need to know, and arrange them in steps, to make it easier for you.

Then, I thought it would be helpful to you if I gave you my observations, and optical site reviews. Not that I want to tell you where to shop, but I know that some comments like these would have helped me to decide which sites to try first, and where to be more cautious.

Need to learn more about carefully shopping online? Sign up for my free email course that explains things in greater detail.

(watch me step by step)

1. Sign up for two or three Rebate Shopping portals like CashBackWorld
2. Research online the product(s) you need or want.
3. When you find the site to shop at, switch to another tab and login to your rebate portal, to see which has that store on their list, with the best discount. (eg. 10% back is better than 4% or 2%).
4. Click from the best rebate portal (while logged in) to the store of your choice and make your purchase.
5. Within a week with CBW, and up to 6 weeks later with others, you'll get money back!